Biodolomer® for Life (hereafter Biodolomer for Life) has participated in the sustainability event “Framtidsjakten” (“Future Hunt”) in Helsingborg.

“Framtidsjakten” is an annual event that focuses on raising awareness among the students at three of Helsingborg’s upper secondary high schools with regards to sustainability based on a number of different criterias.

As part of the ambition to raise the awareness among the students concerning the circular economy and biodegradable biomaterials, representatives from Biodolomer for Life had been invited to make a presentation to students representing all the participating teams from each school.

During two half hour sessions, the students learned more about the LIFE program and how it supports environmental, nature conservation and climate action projects throughout the EU, one of which being the Biodolomer for Life project.

They were also shown how Biodolomer for Life intended to close the loop in the circular economy, in which the project members had very specific roles to play: GAIA BioMaterials responsible for developing a biomaterial – Biodolomer® (hereafter Biodolomer) that is not only renewable and biodegradable, but also generates biogas when composted, the municipality of Båstad responsible for identifying cost efficient ways of implementing the material into everyday operations by looking at the overall economic implications, and finally NSR AB responsible for ensuring that the biomaterial can be handled together with the rest of the organic waste stream to ensure that the composting is conducted in the most efficient way possible in order to ensure that all the products from the process (heating, CO2, biogas and mulch) are collected and used as input for generating new raw materials to be used as input in the production of Biodolomer.

Finally, Students were also told about the difference between not only plastics and biomaterials, but also what separates different biomaterials from each other, and why it is important to understand how these react when exposed to various conditions and situations. For example, not all bioplastics are biodegradable – unlike Biodolomer®, which is fully biodegradable – and the amount of CO2 released when incinerated is much higher for paper, as compared to both plastics and bioplastics, with Biodolomer being the material with by far the lowest CO2 levels.

The “Biodolomer® for Life” project is focused on closing the loop in the circular economy through the introduction of Biodolomer® – a fully biodegradable biomaterial – and is part of the EUs LIFE program; the financial instrument supporting environmental, nature conservation and climate action projects throughout the EU. 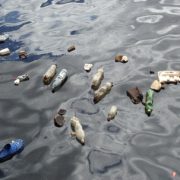 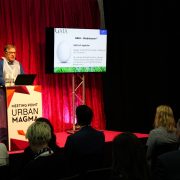 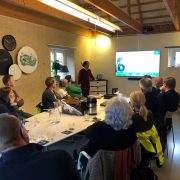 Environment Management from Helsingborg and Lund at Vera Park 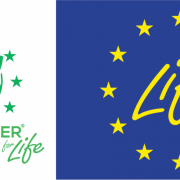 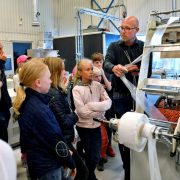 Video from the "Open house at GAIA" event on June 2nd.
0 Kommentarer